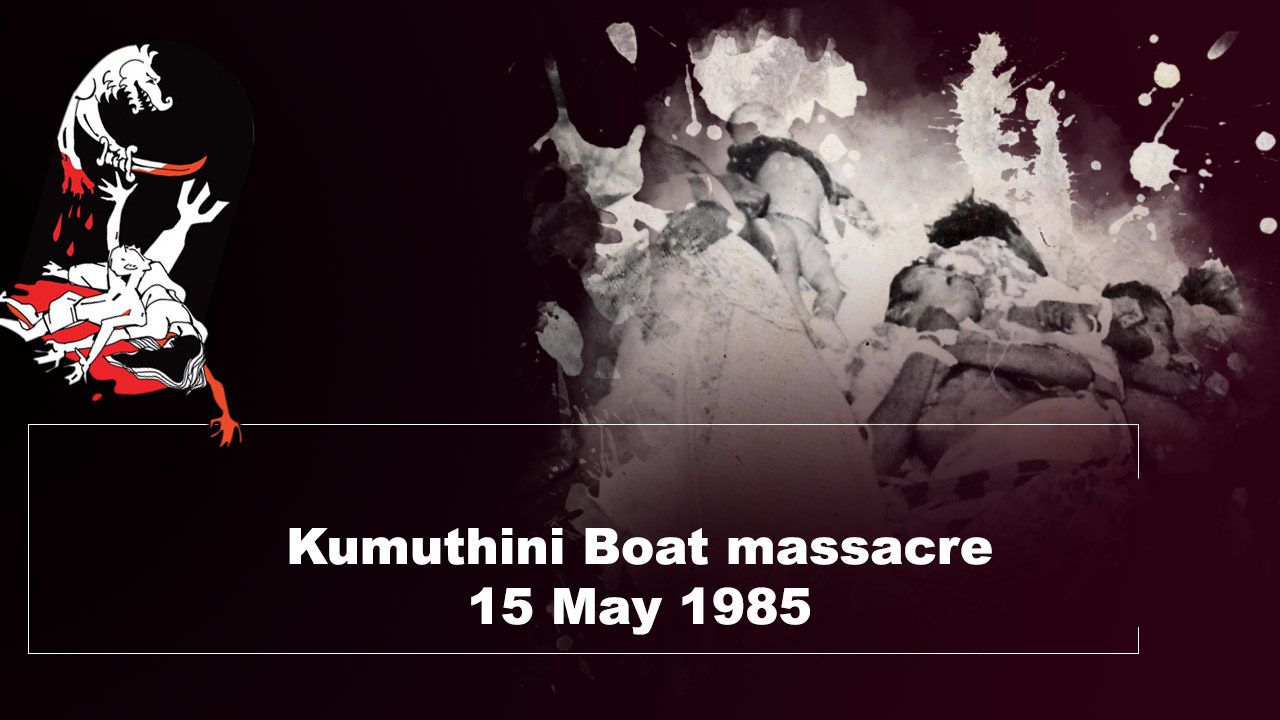 For the people of Deft Island, located off the coast of Jaffna, the boat“Kumuthini” provided an indispensable service. People had to travel toJaffna using the boat service to obtain many essential services and items. On the 15.05.1985, about 72 people were travelling in the boat from Delft Island to Jaffna. Sri Lankan Navy (SLN) soldiers from the camp in another
islet, Nainathivu, boarded the Kumuthini and massacred the people in the boat with knives. Many died during the violence. Some died as the boat sped to the Jaffna coast. It was evening by the time the Kumuthini reached
the Jaffna coast. Injured people were admitted to hospital. The people of Delft Island heard the fate of their relatives only through the news media. Kumuthini is today a symbol for all Jaffna islets. She symbolizes the
insecurity that people in the islets feel by the Sri Lankan Navy occupation. Her sight today reminds people of a lone mother who had lost her children. (a) Saro Rasaratnam, a survivor, recounts her experience, 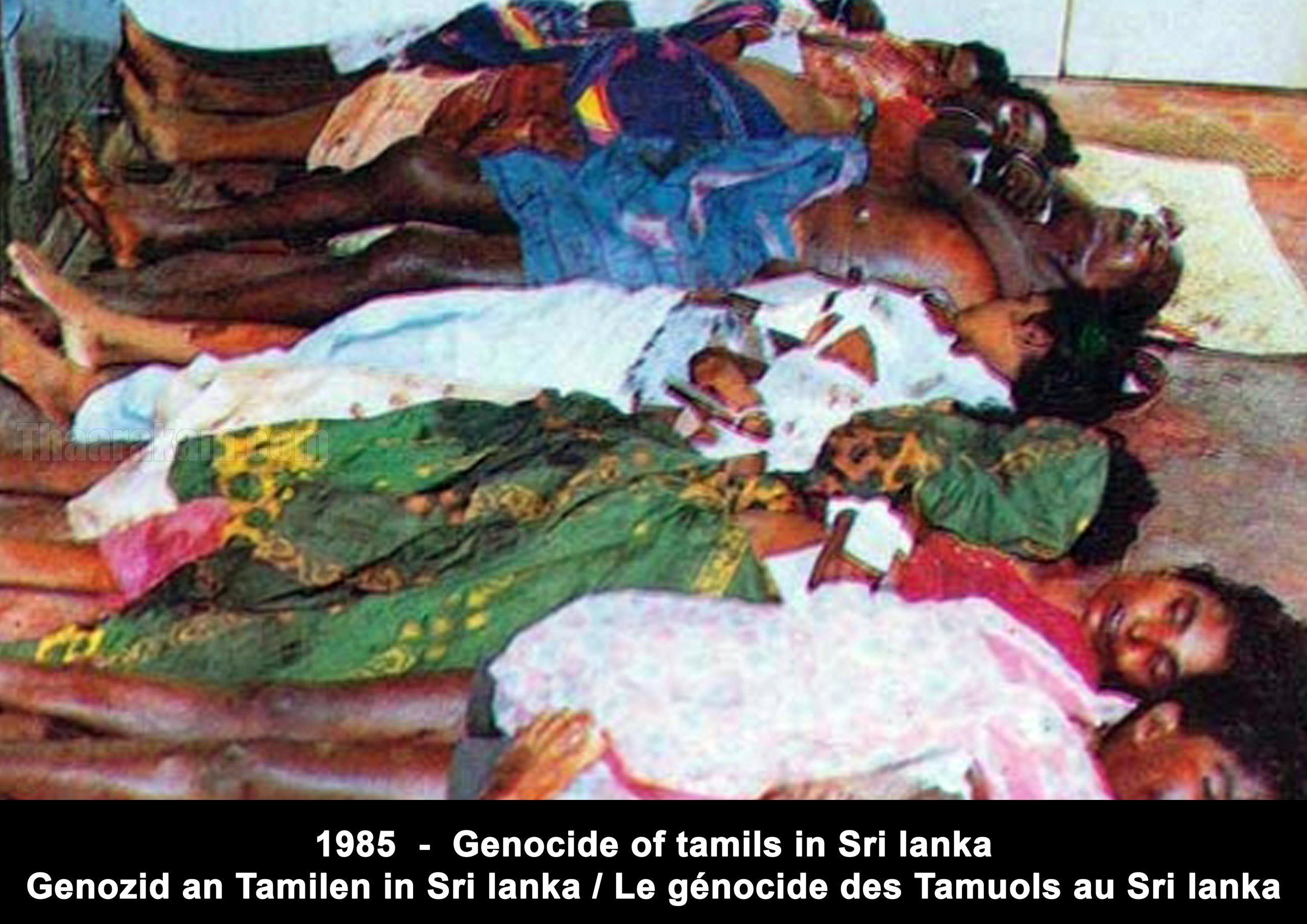 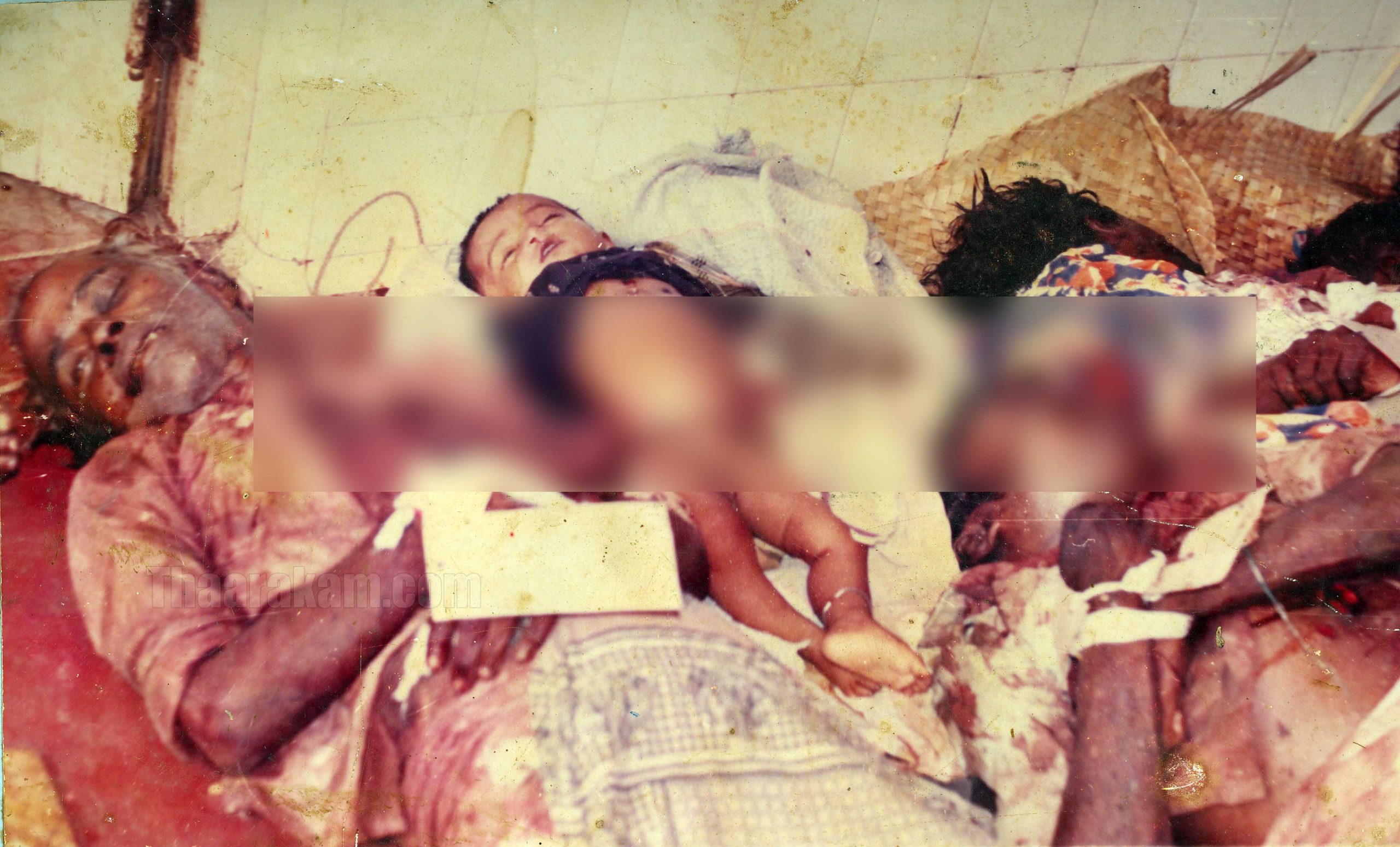 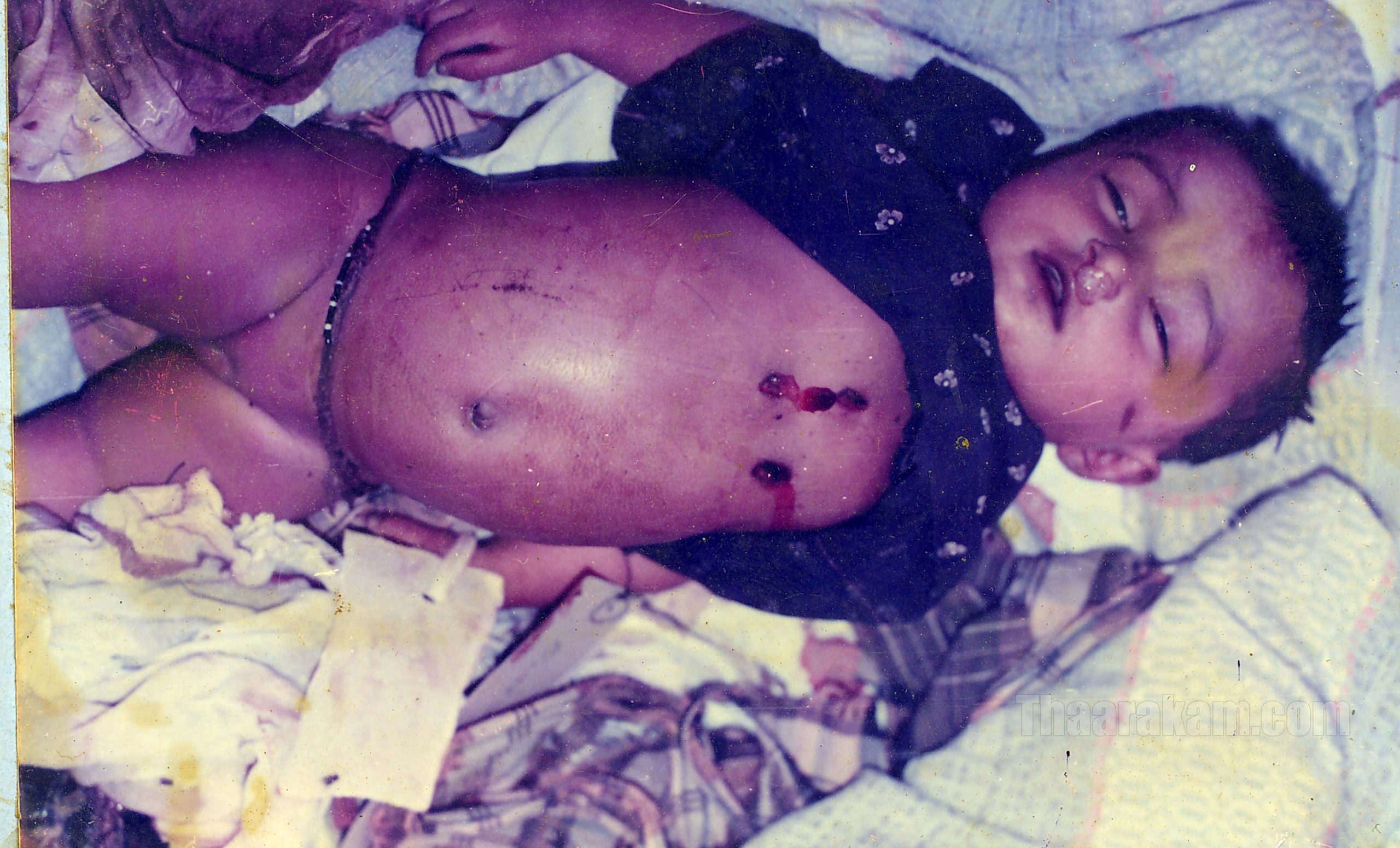 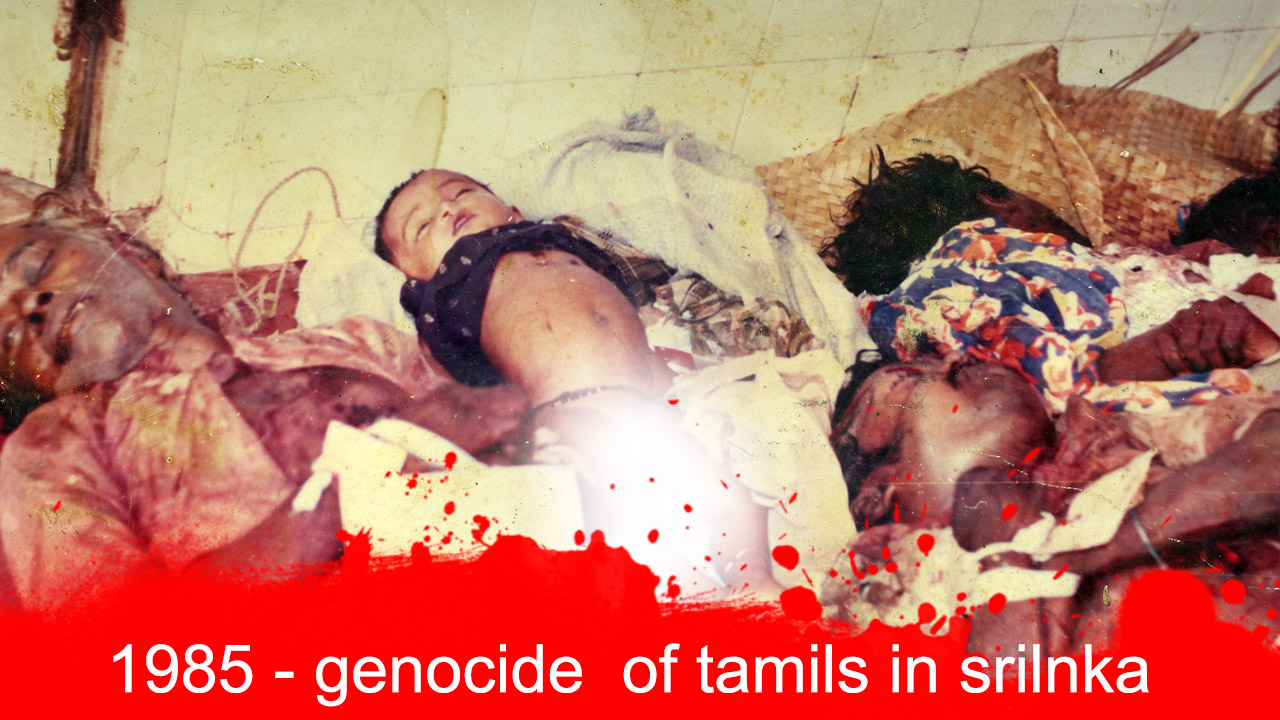 “We were travelling on Kumuthini boat forabout 30 minutes when we stopped at midsea.
Navy men climbed up into the boat. They took all of us to the front of the boat
while they sat at the entrance. One of them had a gun. They asked if there was anyone
who knew how to speak Sinhala and Jesuthasan knew. They asked us where we
were going. There was a big noise at the back of the boat. Jesuthasan and
the five who worked in the Kumuthini were the first to go toward the back.

We didn’t know what was happening, but the Navy men ordered us to shoutour names and our villages. We shouted in vain hope. Then people were called one by one by the Navy men. First all the men went, then the women started going. I was the last one to go and Nirmala was with me till then. Nirmala told me that they won’t do anything and to just go. She said they would just look at our ID card. I looked behind me and there was no one. I
didn’t want to go, but I was forced to. One Navy man was up there, where I went. He pushed me, and another one stabbed me in my neck, chest and head. After that I don’t remember well, but I was pulled and thrown on top
of others who were lying on the ground. These are my wounds on my head
and neck.” (b) Annaladchmi Sivalingam, survivor whose baby was killed, recounts her
experience, “I sat with my baby and showed the Navy man my
ID card. He told me not to sit and took me upstairs. One Navy man took me by the hand, and stabbed me. I don’t remember what happened after that. The next thing I realized, I was in a hospital and
was tied down with chains. I kept asking for my baby. They told me my baby was at home and feeding on cow’s milk. I was unable to open my mouth from my injuries and was on a liquid diet for one year. I only found out that my baby was killed six weeks after the incident”

Kanapathypillai Anandakumar was on the boat at that time. His account is
as follows,

“When we were stopped, we were on the boat and were told to go inside. As we went inside, we were shut in a room. They asked us if anyone inside knew Sinhala. A few said yes and went forward. We don’t know what happened to them. Outside our room there were two Navy members standing as sentry with AKs [guns]. Outside there were two more people with grenades.
They asked all the people inside to say their names loudly. So we all did. They did this so that the sound would hide what was happening in the room. They started asking people to move towards the back. As I walked towards the back, they hit my forehead with a stick. I don’t know what happened after this. Inside this room, there were very small children there under the age of one. They stabbed a 6 month old baby and ripped open her chest. Girls were also raped along with other acts of violation. People were killed. 72 people were in the boat, 36 were killed and 36 survived. But the survivors were all tortured.
I was taken to the hospital and regained conscious after 4 days. I was unable to go to work. I became very sick and was unable to find work after this.”
Available names of victims (name, occupation, age)