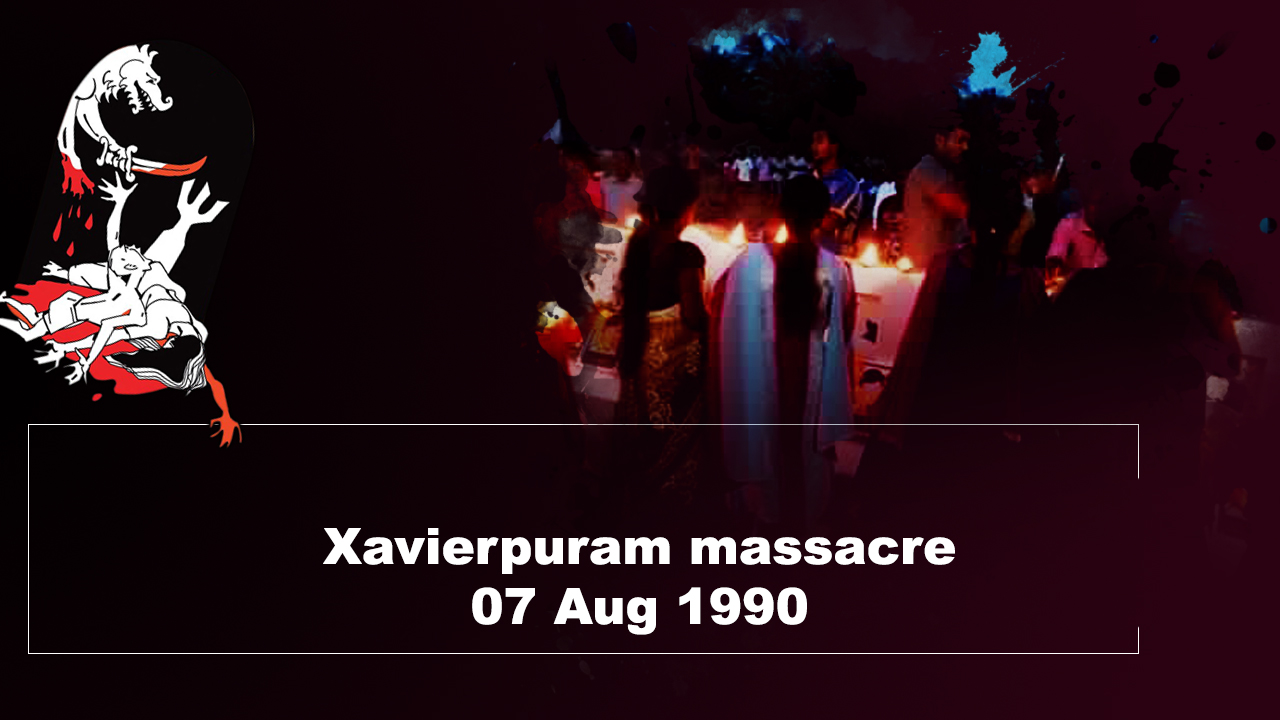 Kalmunai is situated 40 Kms from the Batticaloa town. Pandiruppu, Natpiddimunai, Chenaikudiyiruppu, and Nilavanai are villages surrounding Kalmunai.
On 11.08.1990, villagers from Pandiruppu, Kalmunai and Chenaikudiyiruppu were gathered in homes in fear as the Sri Lankan military rounded up these villages and began shooting. The military was shooting into the homes forcing people to come out. Young men carried

their national identity card in their hands. Mothers held tight onto theirbabies. 25 young men were taken by the military from the Kalmunai village to the Karaithivu military camp. Mothers who followed the young men
being taken by the military were attacked with gun butts and many mothers fainted and fell down.
Next day relatives of the young men walked to the Karaithivu camp through the Kalmunai town. The military in the town stopped them and made them stand by the road side. Large number of military arrived at the scene and
selected the young women among the relatives. They were taken to a
building nearby where they were gang raped and killed. Men were tortured on the road and killed. All together 37 people were killed in two hours in
this manner. None of the 25 young men taken to the Karaithivu military camp have been
seen since. In total 62 people were killed in these two days by the Sri Lankan military.