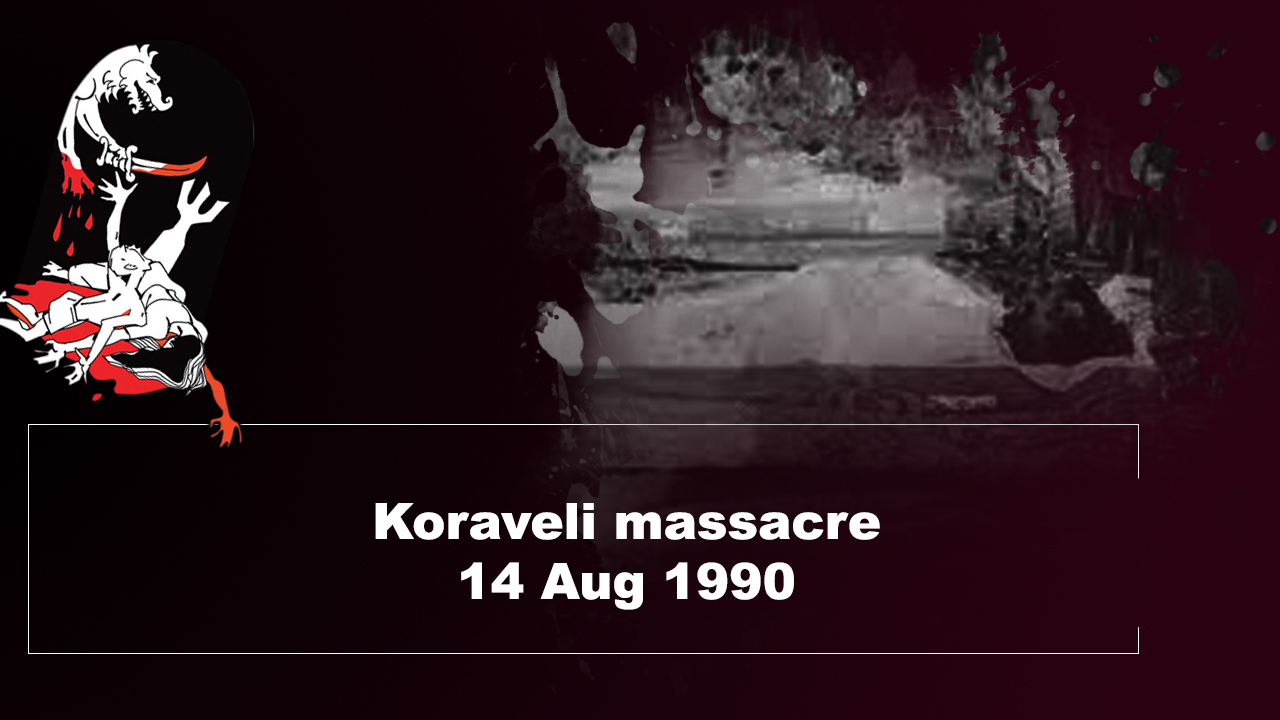 Koraveli and Eechaiyadithivu villages are in the Batticaloa district. These
villages are blessed with natural beauty and resources. Most of the people
were farmers in these villages.

In the beginning of 1990 violence against civilians by the military and the Muslim groups were on the increase.
On 14.05.1990 at noon, military came from the Senkalady and Kallady military camps and rounded up the Koraveli and Eechaiyadithivu villages. The military opened fire on the villagers at home and working in the fields. 15 civilians were killed and 25 were injured in this attack by the military.