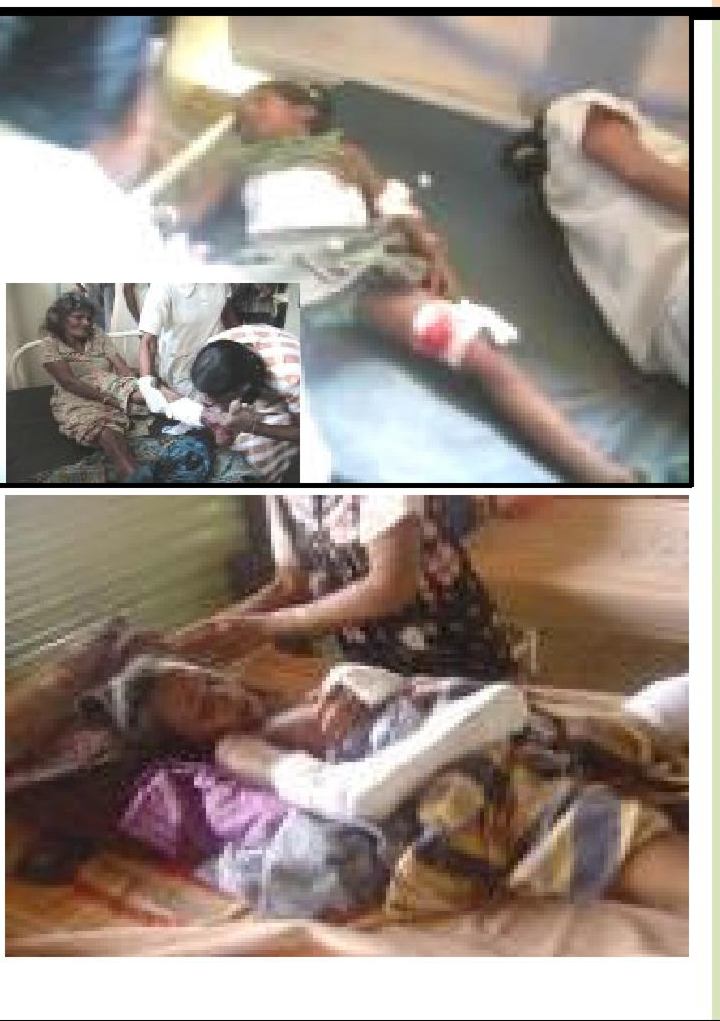 Confirming details on victims from hospitals

All cases of deaths and injuries caused by bombing and shelling in vanni are taken to either Kilinochchi and Mullaithivu hospitals. Both districts have a Reginal Director of Health services (RDHS) under whose supervision the government hospitals in that district function. Many of these hospitals are presently functioning in displaced locations. All the information provided in this reports is obtained through the above mentioned hospitals and in some cases the homes of the victims are visited to obtain further details. If anyone wished to confirm the reports of incidents noted in this report they can contact the respective Regional Director of Head service (RDHS) by the phone number provided below.

January-2009 Victims of bombing and shelling in Vanni 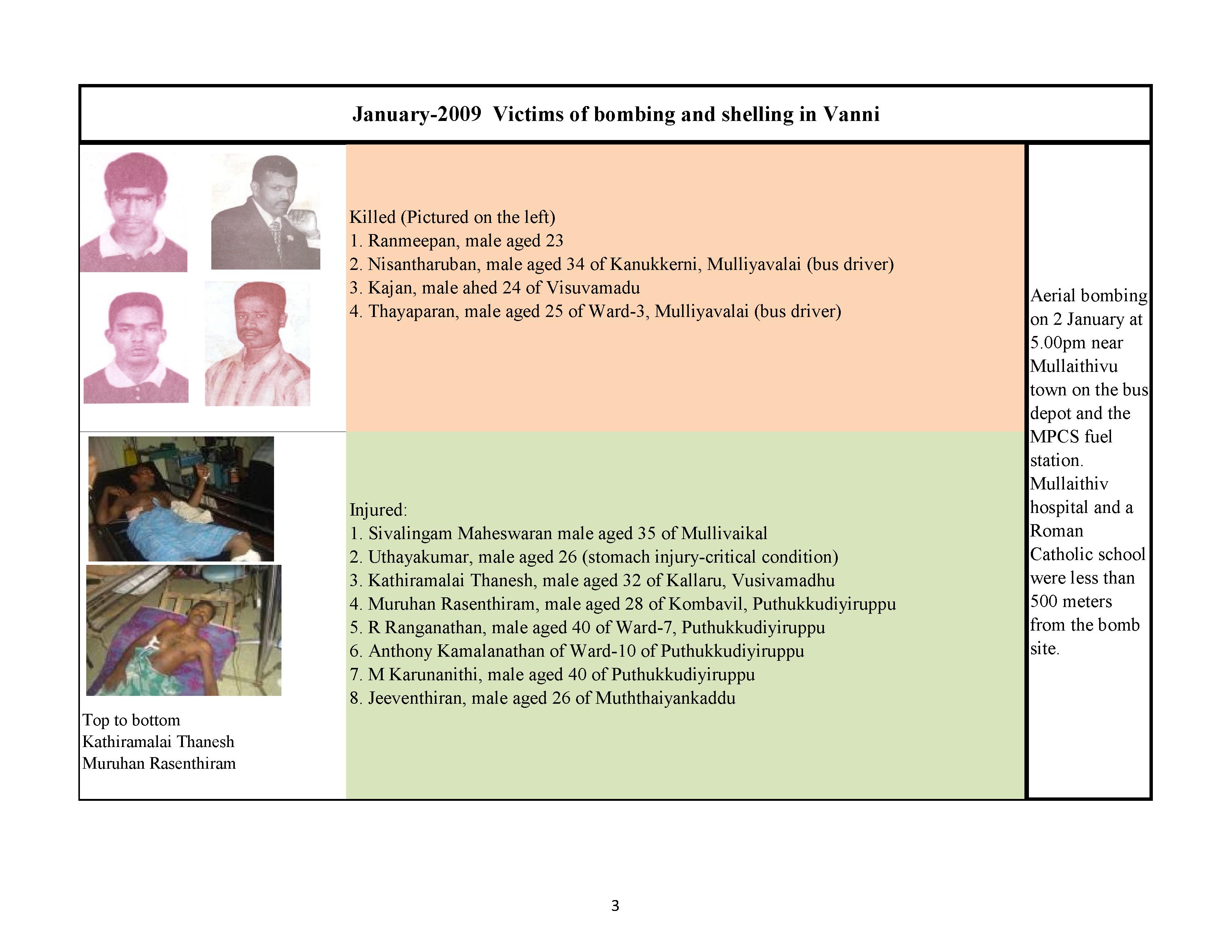 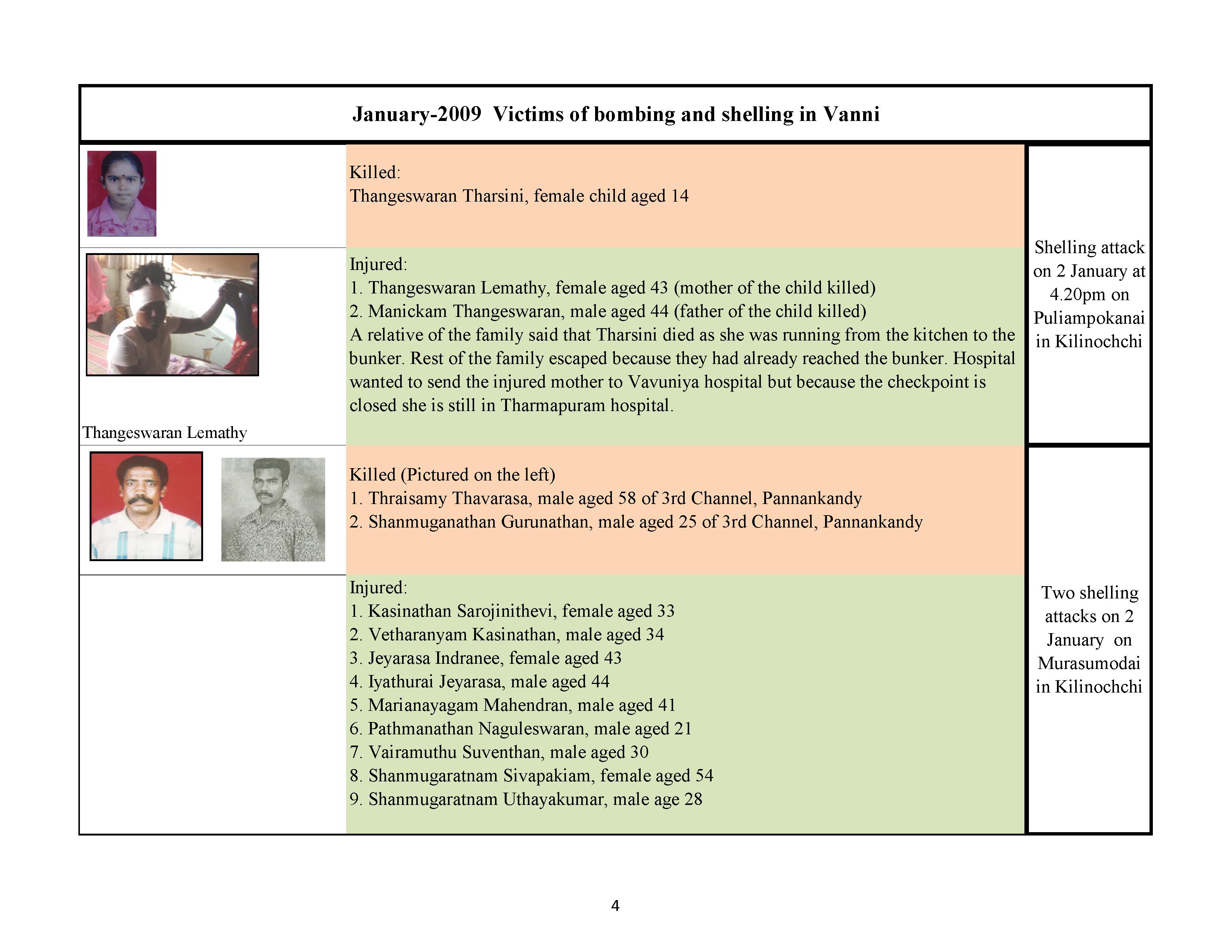 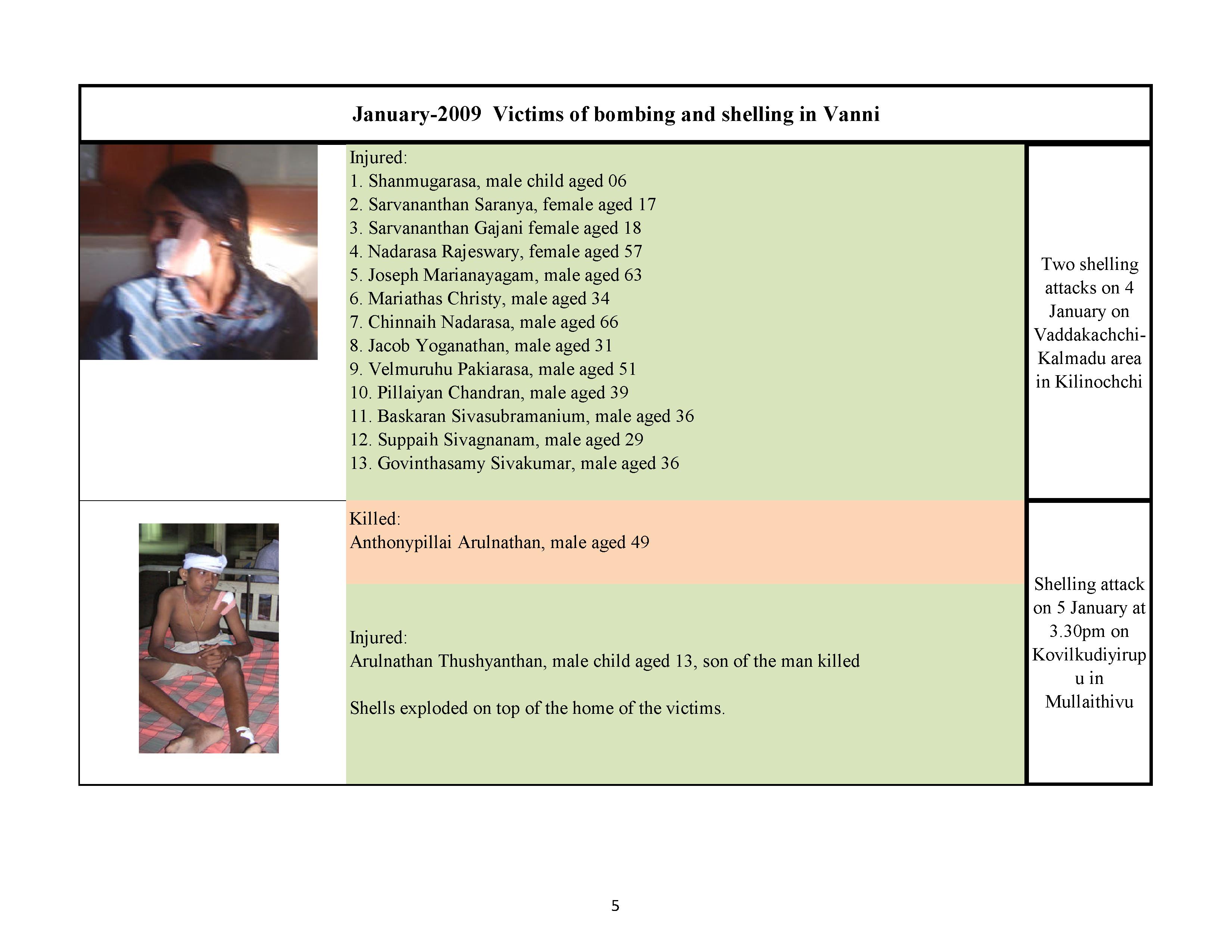 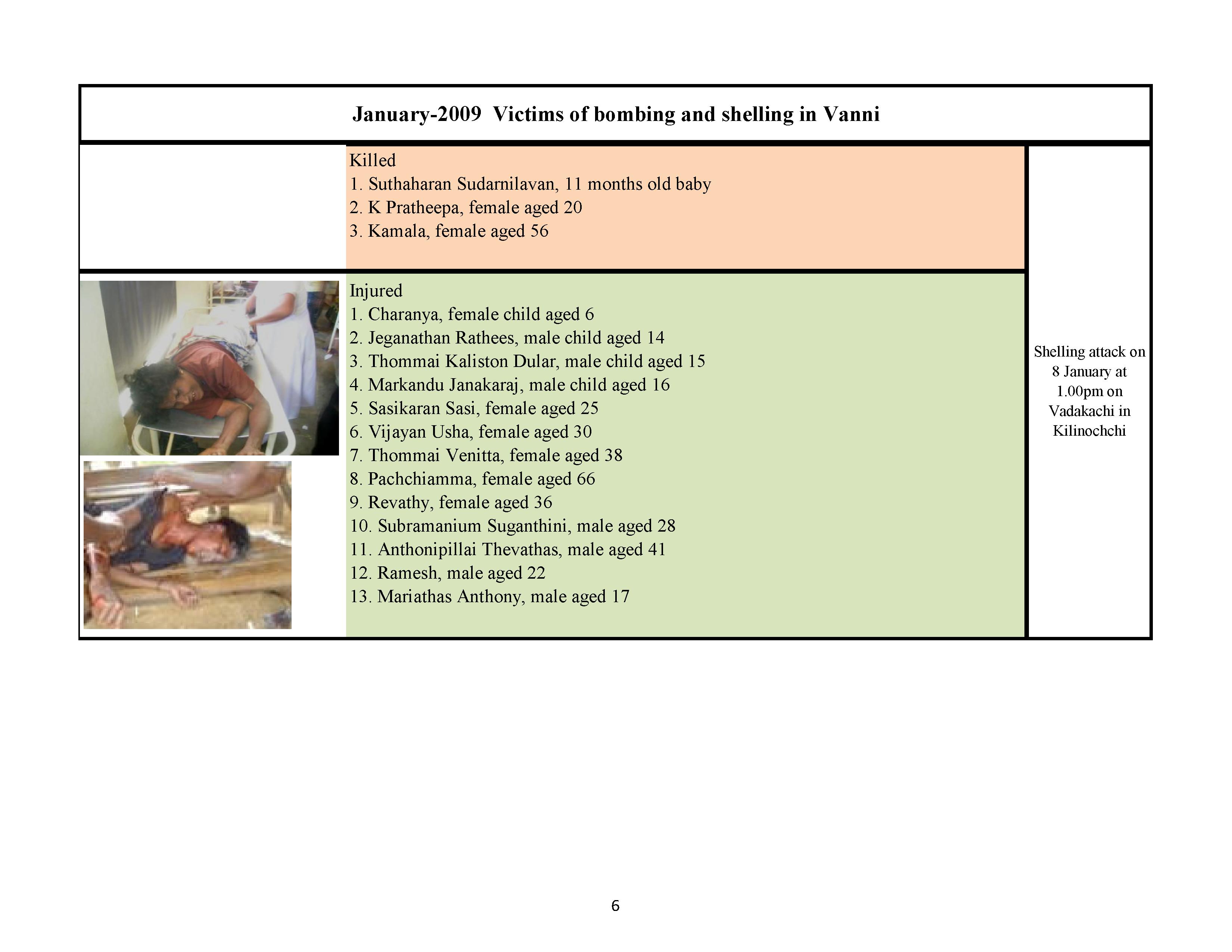 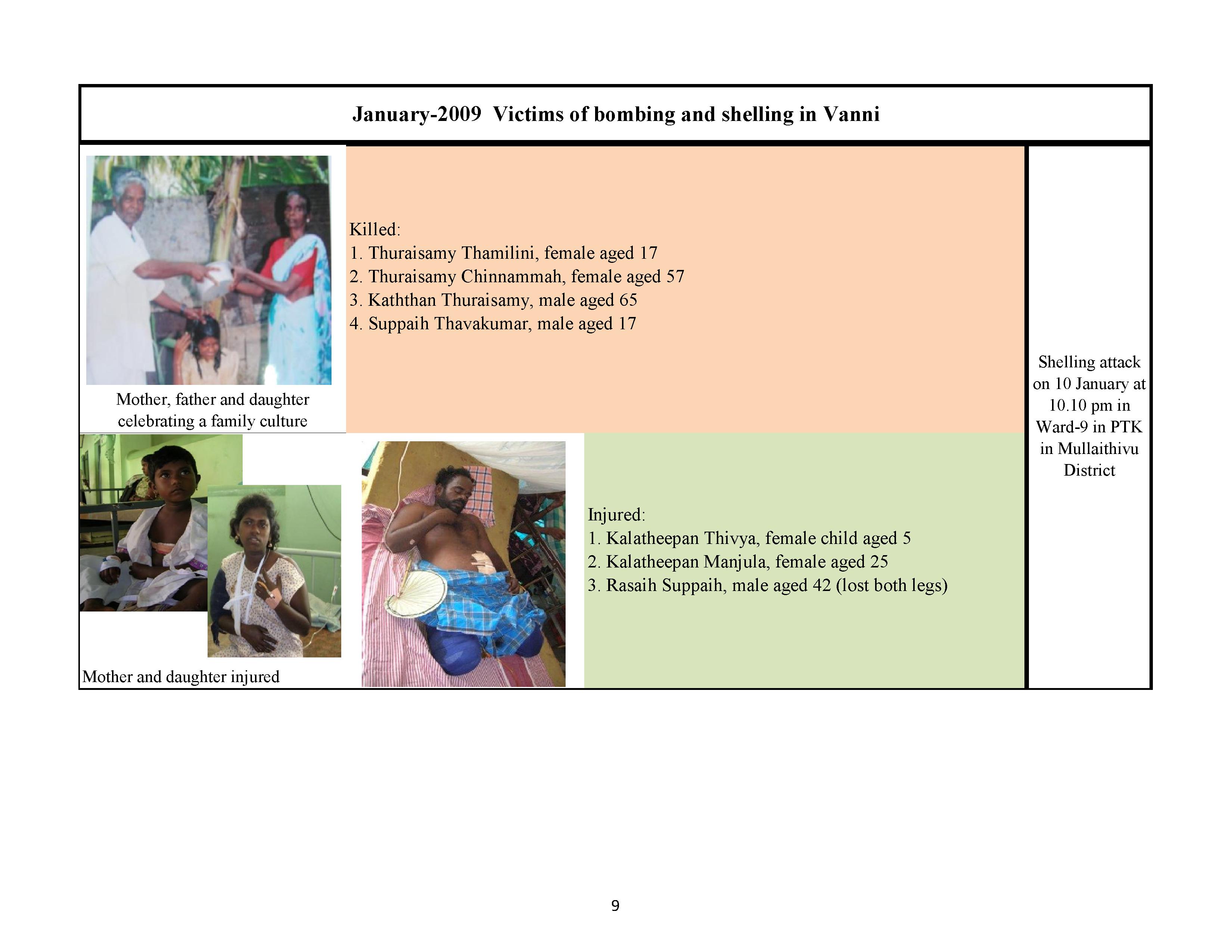 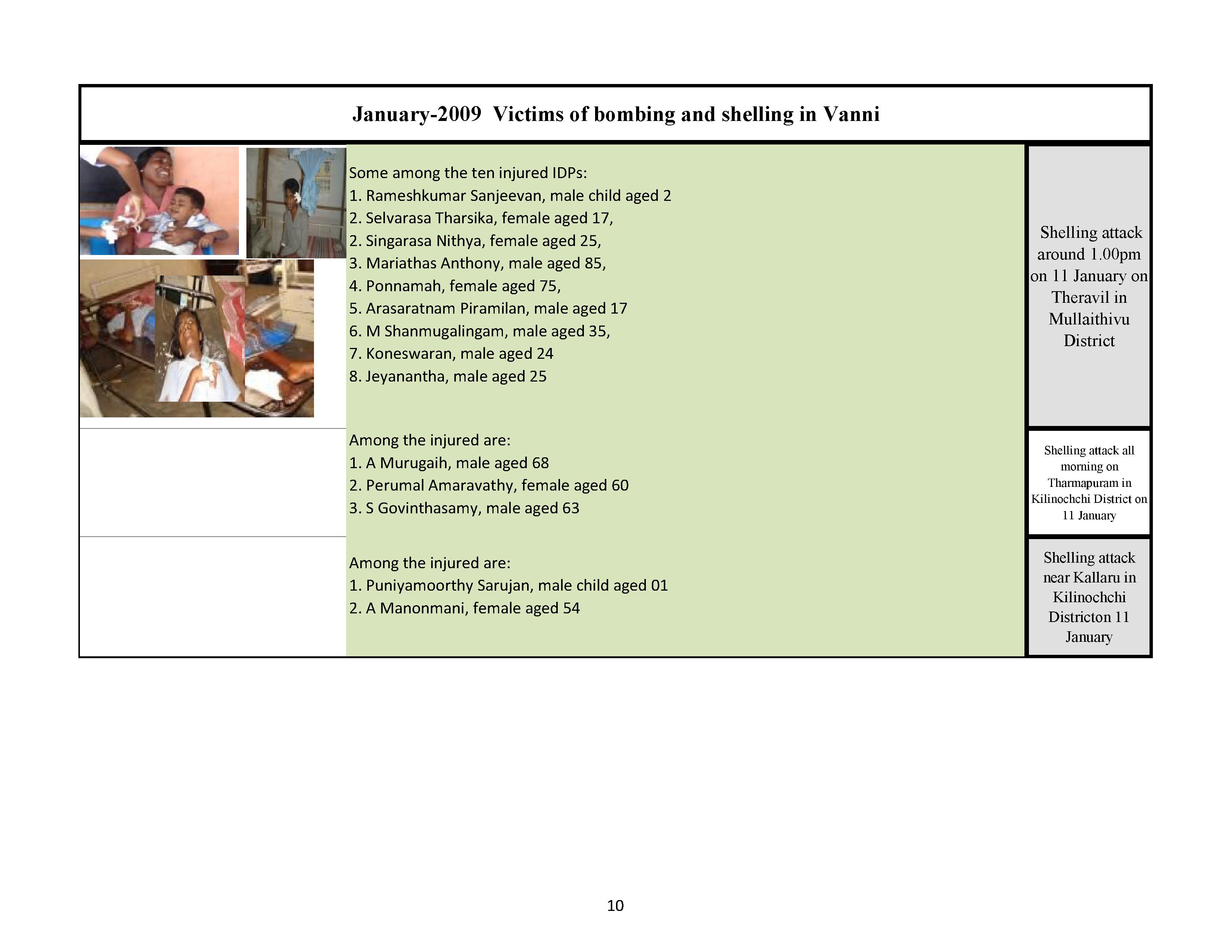