January 23, 2019 by admin in International Reports 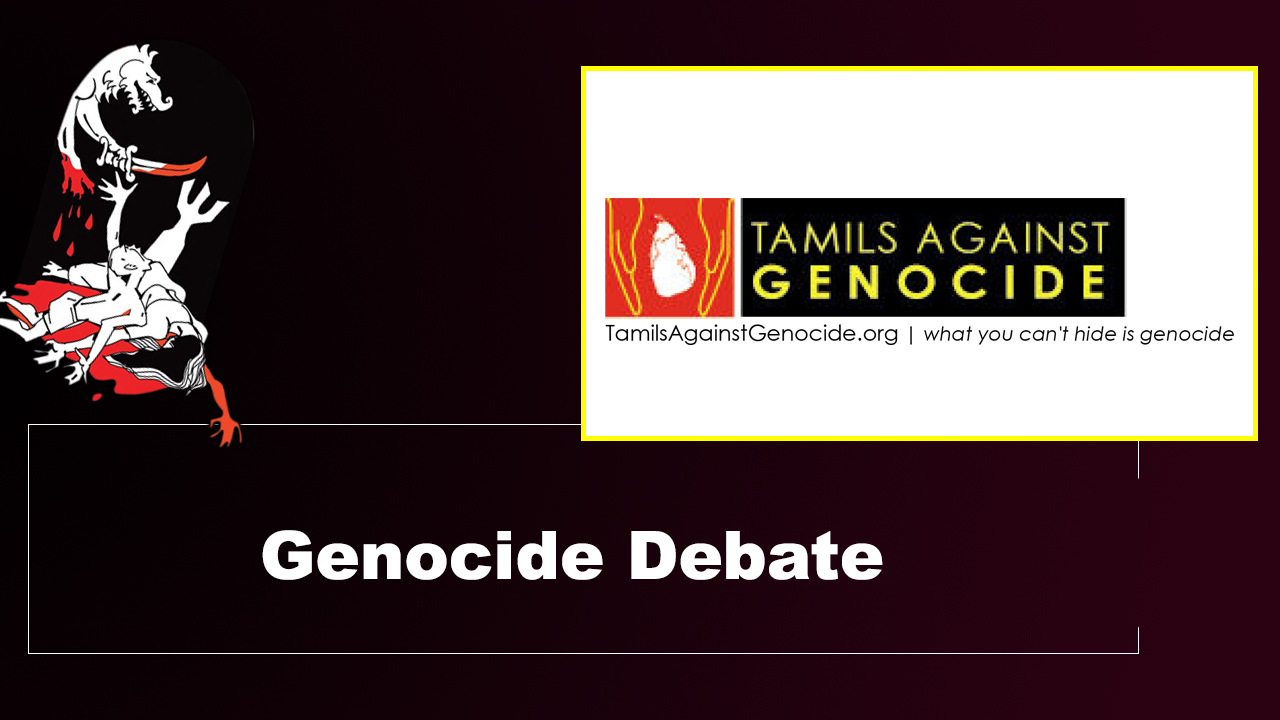 Dear Mr. Boggs:
This letter is to extend an invitation to debate me at the National Press Club. The subject of the debate would be whether officials in the Government of Sri Lanka have committed genocide under the U.S. Genocide Accountability Act of 2007 (GAA) against Tamil groups in the Jaffna peninsula and northeast Sri Lanka through
massive extra-judicial killings, serious bodily injury, and the creation of conditions of life, including starvation and the denial of medical care, intended to cause the physical destruction of the target Tamil group. We would jointly agree on an impartial moderator.

You have been retained by the Government of Sri Lanka to provide legal representation at $35,000 per month, according to the Patton Boggs filing with the Department of Justice under the Foreign Agents Registration Act. You are clearly the most fitting advocate to defend the President of Sri Lanka and his inner circle
against credible allegations of genocide under the GAA. But if you believe you are unqualified to defend against the genocide accusation, I would be eager to debate a substitute chosen by your client.

I have prepared a 1,000 page model indictment against Sri Lankan Defense Secretary and U.S. citizen Gotabaya Rajapaksa and Sri Lankan Army Commander and permanent resident Sarath Fonseka, charging the two with 12 counts of genocide and approximately 100 counts of war crimes or torture under United
States law. Copies of the indictment have been shared with the Attorney General, Secretary of State, and Members of Congress. I would be eager to provide you with a copy to assist in preparing for the debate once we have agreed on the terms.

The genocide question is pivotal to Sri Lankan-U.S. relations and to the
enforcement of the criminal laws of the United States against its own citizens and resident aliens. The Secretary of State, Members of the House of Representatives and Senate, and the United Nations High Commissioner for Human Rights have voiced alarm over the Sri Lankan government’s ongoing lethal assaults on Tamil
civilians in the northeast. Former Secretary of State Madeleine Albright and former Secretary of Defense William Cohen have recently co-authored a report urging that genocide be placed on the national security agenda of the National Security Council.

A genocide debate between us would add richness to the universe of information and analysis available to the United States government and the American people, which is essential to forging enlightened relations between the United States and
Sri Lanka. Justice Oliver Wendell Holmes sagely advised that the best test of the truth is the ability to prevail in the marketplace of ideas. I think you would agree that my invitation to debate you honors Justice Holmes’ wisdom.

I look forward to a response at your earliest convenience.