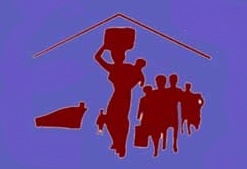 from the civilians in the Vanni tO:

TRO is making an urgent appeal to The Ciovernment of India, President-Flect Ohama, Secretary ieneral Ban Ki-moon, and the internarional communiry to appeal to the Governmen of Sri anka GoSI.) to cease attacks on civilian targets; allow unfettered humanitarian access to the Vanni by e UN and international NGiOs; and to allow all necessary essential humanitarian assistance into the area.

Displacement continues from areas south of Mullaitivu and Last of Kilinochchi dueo ongoing mlitay offensives by the Sri Lankan Armed Forees. These displaced include internally displaced persuns (IDPs) who have been displaced from other parts of the Vanni. some up to ten times and new IDPs who had been living in the villages where lighling is akin place. The pupulation f the Vanni is approximately 450,000 persons. Currently, 350,000 of these persons are displaced

TRO requests that the Guvernment of India, President-Elect Obama. Secretary General Ban Ki-moon and the International Community pressure the Government of Sri Lanka to:

1. Cease all bombing and shelling of civilians and civilian institutions such as hospitals, schools, temples, churches and civil administration buildings:

2. Declare, in consultation with the LTTE and the ICRC. “safe zones/havens for IDPs and other civilians:

4. Open the border checkpins s that ambulances can transport the severely wounded civilians to iuspitals;