Dear Madame Secretary We write with great concern regarding the grave humanitarian crisis in norther Sri Lanka Human rights groups report that up to 200,000 civilians are trapped in the Vanni region, amid fighting between Sri Lankan Government forces and the Liberation Tigers of Tamil Eclam. Most have been cut off from outside food and medical supplies for weeks, and their lives are threatened by the war and their resulting humanitarian needs. Human Rights Watch reports that 2,000 Tamil civilians have been killed since January, and 7,000 civilians have been wounded We appreciate the good work of the U.S. Embassy and the State Department, in concert with the International Committee of the Red Cross (ICRC), to arrange delivery of humanitarian aid and to press for protection of noncombatants in northern Sri Lanka. We applaud your recent statement with UK Foreign Secretary David Miliband calling for protection of all noncombatants and provision of increased food and medical supplies to head off further deaths and suffering At the same time, given the gravity of the stun we urge that you call Sri Lankan Presidert Rajapaksa and press for full protection of all civilians, authorization for active involvement by United Nations agencies in humanitarian relief, and progress toward a political settlement that grants ethic Tamils meaningful participation in national governance and an end to discrimination against them. Your active leadership at this critical time can help save thousands of lives and make progress toward a sustainable political solution to end the horrific cycle of violence in the country, We urge you to continue to condemn all attacks against civilians by the Sri Lankan Government and the Liberation Tigers of Tamil Eelam. Both sides need to establish humanitarian corridors to allow noncombatants to travel freely and to receive humanitarian assistance. All UN agencies and aid workers, as well as journalists and human rights monitors, need to be granted access to the region, and we hope this can be arranged soon. We urge you to encourage the Sri Lankan government to fully investigate and prosecute attacks on journalists. Also of great concern to us are the conditions in the internment cmps set up by the Sri Lankan Government to relocate Til civilians from the conflict zone. While providing refuge for noncombatants seeking to flee the violence is clearly a priority, these camps are not adequate to the humanitarian needs of the civilians there

As Human Rights Watch noted its Feb. 20 report, these camps are “interment centers masquerading as welfare villages where entire families detained in these military-controlled barbed-wire camps are denied their liberty and freedom of movemntCtlytaries operate inside the camps, and numerous women, men and children have been attacked or forcibly taken from them, and some remain missing, according lo human rights monitors. All civilians in the camps need to he given the freedom either to rematch camps or to return home when they wish, and to be treated in full accordance with international norms. We believe that the ICRC should continue playing a key role in assisting civilians to leave the conflict zone, while United Nations agencies could assume leadership in helping to administer and to provide security in the camps We urge you to encourage the United Nations to play this role and the Sri Lankan Government to althe UN to do so. We urge continued efforts to press other UN Security Counel members to bring Sri Lanka’s crisis to the agenda of the Secy Council We also wish to point out that the Genocide Prevention Projeet considers Sri Lanka one of eight countries on Red Alert a ranking reserved for countries experiencing ongoing or imminent genocide. While some would dispute the legal definitions of genocide at this time, there can be no doubt that ethnic-based violence is widespread in Sri Lanka. and Tl noncombatants are deliberately victimized by Sri Lankan Government policies. Finally, we strongly encourage active U.S. leadership to bring ahout a long -delayed political settlement to the conflict that will guarantee Tamils full political rights and participaion in their governance, and an end to the longstanding ethnie diserimination that has fueled the half century-long violence. Until the ethnie conc is substantively addressed, there will not be an enduring end to the conc. As U.S. and international reconstruction aid is provided to Sri Lanka in the coming months, we urge that the Administration work with other international donors to condition assistance o meaingful participation by Tamils in the government. This is important leverage that the international community possesses, and we believe we should insist on progress toward a just political solution as part of our engagement with Sri Lanka.

We appreciate your attention to this urgent crisis. 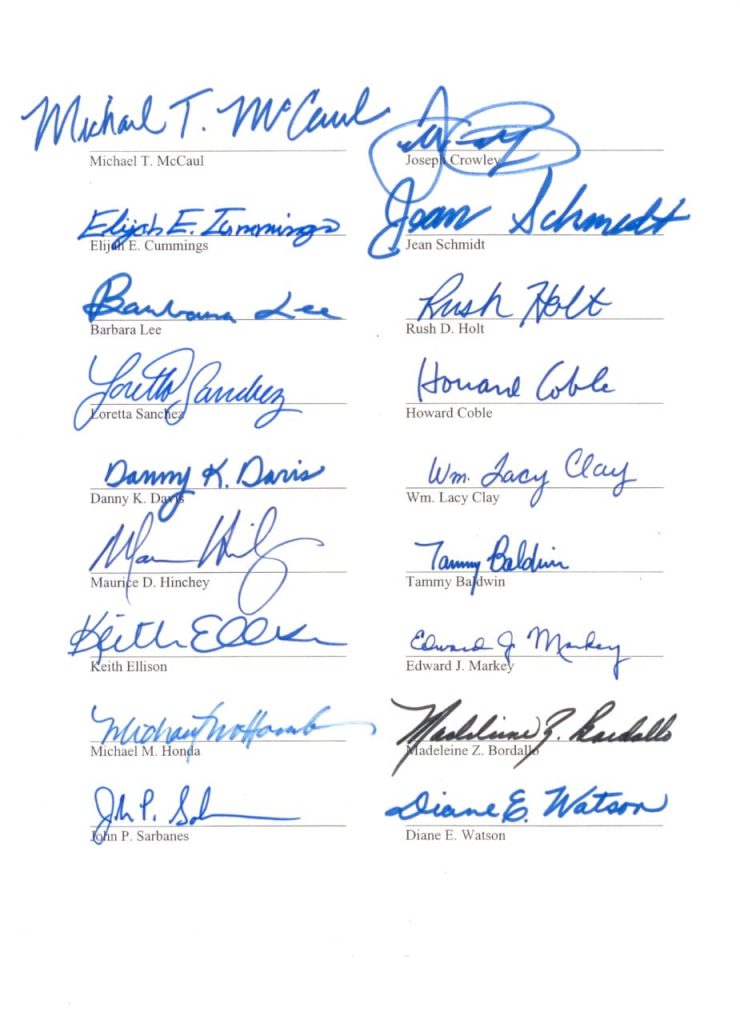 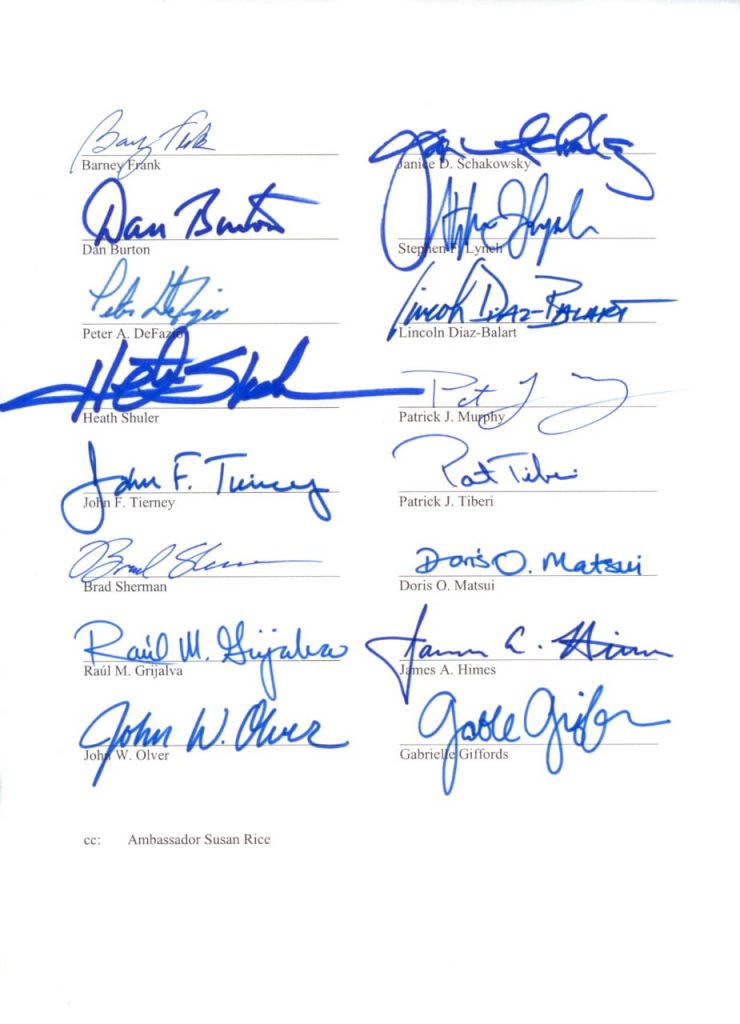