Heavy floods due to monsoon rain caused extensive damages and creted more IDPs in Vanni during November. The damages caused by the floods as estimated by the District Secretariats are summarized below. Aerial bombing and shelling also continued. Arrests of Tamils in GoSL parts of the island also increased.

Civilian toll for the month of November are: killed – 67; disappeared – 46; injured – 73; sought protection at the Human Commission (Jaffina) – 7and arrested 733.

The total number of people displaced since 2006 in vanni as at end of November is 230,000. This number temporarily increased further in November due to the floods as shown below in the table on flood damages.

Note: The statistics given do not include all of the civilian casualties during the month due to limitations on the resources available to NESoHR which are caused by many factors including restrictions on fuel, restrictions on office equipment, and disruption caused by large scale displacement. 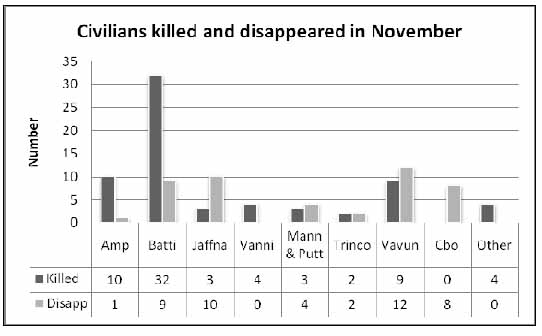 Torrential rain in Vanni during the last week of November caused floods of a scale unseen for a decade. The flood disaster occurred at  a time when more that half the population in Vanni had displaced over the few months prior to it. The flood disaster came when the need of the already displaced IDPs have not been adequately met due to restrictions of many types. The  havoc caused by the flood disaster was therefore many folds worse that otherwise. Both Mullaithivu and Kilinochchi district secretariats had drawn up a list of damages and the cost of damages in their respective area. A summary of their list are given in the table below. According to these two Secretariats the total cost of damages due to the floods exceeds LKR 5 billion. 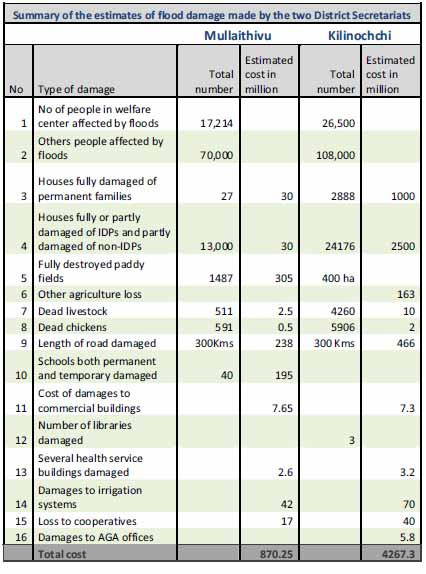 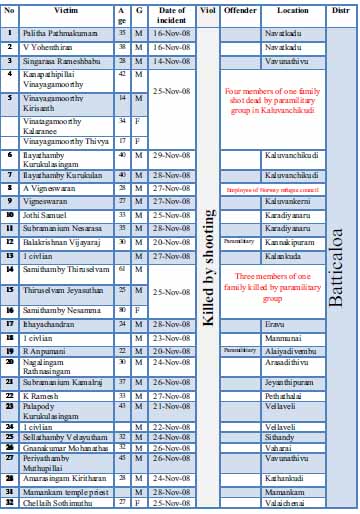 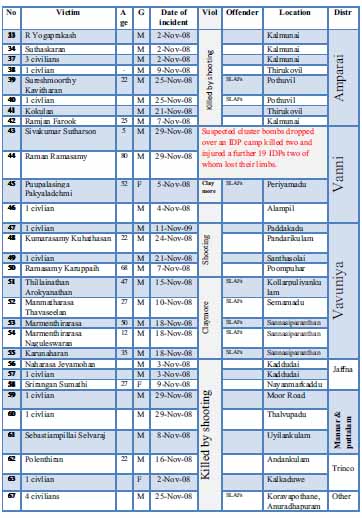 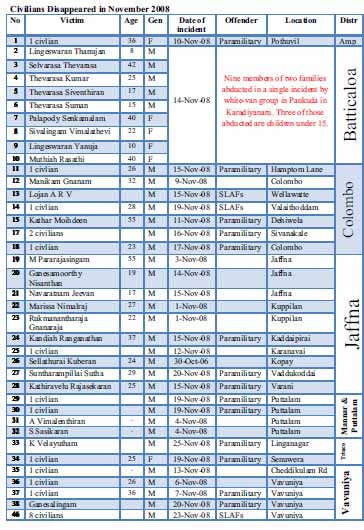